Disney Television Shows and Films Honored for Their Environmental Efforts 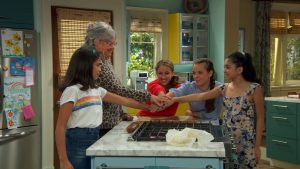 The awards ceremony, hosted by actor Jeff Goldblum, recognized shows that address climate change, sustainability and other environmental topics through storylines, while also recognizing studios and productions for their efforts to be sustainable in front of and behind the camera.

Disney Channel’s Sydney to the Max took home the Environmental Media Award in the Children’s Television category for “Going the Green Mile.” In this episode, after a field trip to the aquarium, Sydney can’t stop thinking about plastic pollution in the ocean and decides to organize a protest at her school to ban the single use plastics used in the cafeteria.

Disney’s other winner this year was the Hulu Original documentary I Am Greta, which follows the teenage climate activist from Sweden on her international crusade to get the world to take the urgent action needed to address the global climate crisis. Starting with her one-person school strike for climate action outside the Swedish Parliament, the film chronicles Greta Thunberg’s rise to prominence and her galvanizing global impact as she sparks school strikes and climate activism around the world. 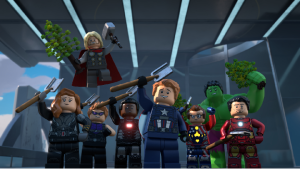 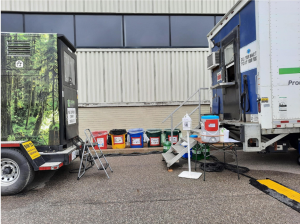 This year, Disney productions were awarded a total of 58 Green Seals, 22 of which achieved Gold Seal status. The full list of Disney’s winners can be found below.

EMA also added an EMA Green Seal for Students this year, which is supported by the Green Film School Alliance and the Sustainable Production Alliance, of which Disney is a founding member.

Disney continues to work to ensure all of its productions are being created in an environmentally responsible manner, and to help the entire entertainment industry make progress in addressing our collective impacts. Some common practices include: