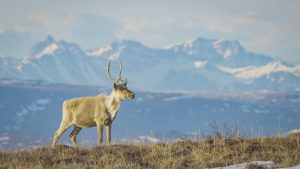 The 2022 Environmental Media Awards (EMAs) celebrated TV shows and films that have harnessed the power of storytelling to encourage action to create a more sustainable future, and Disney shows and productions took several of the top honors.

National Geographic’s America the Beautiful: Brave New World won an Environmental Media Award in the Documentary Series category. This documentary follows a growing band of wildlife heroes across North America who are fighting to preserve our most iconic animals and wildest places. Whether the battle is to rewild the northern prairies, save our rarest big cat, or restore an underwater forest, these champions are everyday people of all ages and from all walks of life, sharing one thing in common: They care enough to make a difference.

ABC’s Abbott Elementary also took home the Paul Junger Witt Comedy Award for the episode “Art Teacher.” In this episode, Jacob and Barbara band together to start a school garden with the goal of providing fresh produce for school lunches. 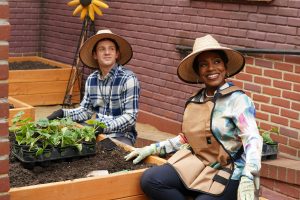 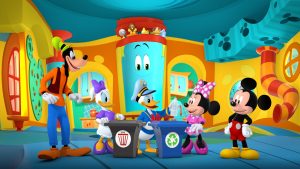 In addition to awarding films and television shows with environmental storylines, the EMA also recognizes productions for their environmental efforts behind the scenes with the EMA Green Seal, a program honoring excellence in sustainable production.

EMA Green Seals are awarded to productions that meet or exceed a set of sustainability criteria on a scale of 200 points. Any production that earns at least 75 points is awarded a Green Seal, and productions that achieve a score of 125 or more receive a Gold Seal.

This year, Disney productions were awarded a total of 96 Green Seals, and of these, 38 achieved Gold Seal status. The full list of Disney recipients can be found below.

For nearly a century, Disney has created stories that celebrate the wonders of the world we all share. The awards from the Environmental Media Association recognize the ways that we are building on our legacy of storytelling to help write the next chapter for our planet by lowering the impact of our operations, leading in wildlife care and conservation, and telling stories that inspire connection with our planet and all who call it home. We call these collective efforts Disney Planet Possible – tangible actions we’re taking to put possibility into practice and inspire optimism for a brighter, more sustainable future. Learn more about Disney’s efforts at https://impact.disney.com/environment/.